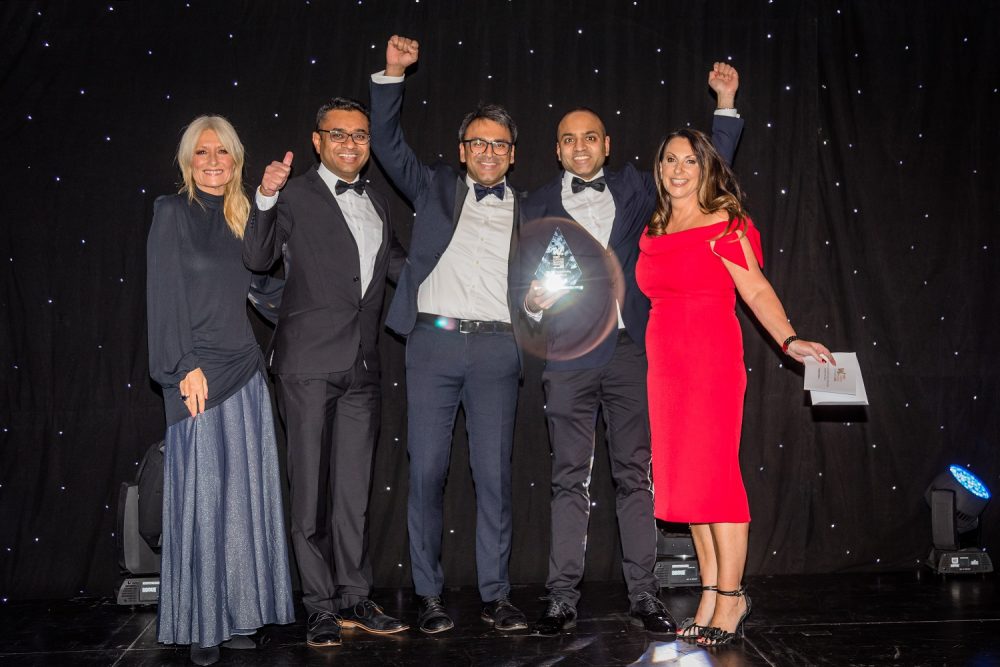 London’s No.1 Fabricator, Everglade Windows has triumphed again at the West London Business Awards (WLBA), taking home the trophy for Manufacturing Business of the Year for the third year running – the only company to have won three years in a row in any category.

Everglade Windows has won a grand total of five West London Business Awards, making them one of the most successful winners ever of these prestigious trophies.

Jay Patel, Director at Everglade Windows says: “It’s such a great accolade to be recognised by our business peers from all different sectors who are based in West London. These awards are always a fantastic event, celebrating the best of business in the west of the capital, and it’s a real credit to our team to win this award for the third time.”

West London Business is the voice of business in North West London, which has a mission to ensure that the region is the best place to do business. West London is the UK’s global gateway and is home to more than 120,000 businesses and a £73bn economy – the UK’s second largest economic powerhouse, bigger even than the UK’s second city, Birmingham.

The 2020 event was hosted by television personality Gaby Roslin at Twickenham Stadium in February. The WLBA judges said: “Everglade Windows stood out again for their excellent levels of growth. They were able to create 50 new jobs in 2018 and 2019. Their awards submission showed really strong strategy, implementation and innovation.”

Yogesh adds: “Winning this award was the perfect way to kick off 2020 which sees us celebrate our 40th year in business. There are plenty more celebrations planned too, so watch this space…!”